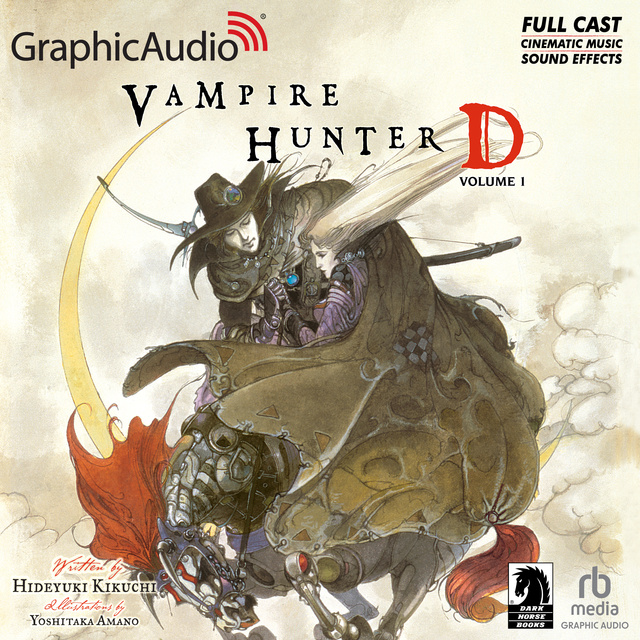 12,090 A.D. It is a dark time for the world. Humanity is just crawling out from under three hundred years of domination by the race of vampires known as the Nobility. The war against the vampires has taken its toll; cities lie in ruin, the countryside is fragmented into small villages and fiefdoms that still struggle against nightly raids by the fallen vampires-and the remnants of their genetically manufactured demons and werewolves. Every village wants a Hunter—one of the warriors who have pledged their laser guns and their swords to the eradication of the Nobility. But some Hunters are better than others, and some bring their own kind of danger with them… Enter D – a lone, mysterious vampire hunter, sought out by the desperate Doris Lang. Bitten by the vampire lord Count Lee, Doris is destined to her unholy fate... Can D deliver her from her curse and bring her to salvation, or will she forever be part of the unholy dead? Adapted from the novel and produced with a full cast of actors, immersive sound effects and cinematic music! From creator Hideyuki Kikuchi, one of Japan's leading horror authors with illustrations by renowned Japanese artist, Yoshitaka Amano, best known for his illustrations in Neil Gaiman's Sandman: The Dream Hunters and the Final Fantasy games. Performed by Scott McCormick, David Cui Cui, Laura C. Harris, Ryan Carlo Dalusung, Eric Singdahlsen, Rob McFadyen, Amanda Forstrom, Jenna Sharpe, Peter Holdway, Terence Aselford, Eric Messner, Michael John Casey, Ken Jackson, Kay Eluvian, Megan Poppy, Jillian Levine-Sisson, James J. Johnson, Matthew Schleigh and Nanette Savard. 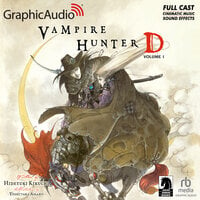