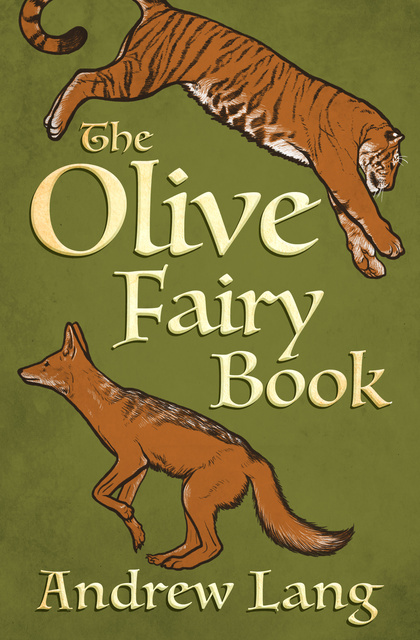 Children’s fairy tales from around the globe, including the Thumbelina-like tale, “The Strange Adventures of Little Maia.”

One of Andrew Lang’s Fairy Books of Many Colors, this anthology includes eight Punjabi tales, five from Armenia, and sixteen other stories from Turkey, Denmark, Sudan, Iceland, and more, including “The Story of Little King Loc” from the pen of Nobel Prize–winning French poet, journalist, and novelist Anatole France.

Turn the pages of The Olive Fairy Book to find heroic princes, evil trolls, wise fairies, talking animals, and witches. This enchanting collection features stories such as “Jackal or Tiger?,” “Samba the Coward,” “Kupti and Imani,” “The Green Knight,” “The Fate of the Turtle,” “The Snake Prince,” “The Punishment of the Fairy Gangana,” “The Silent Princess,” and others.

“The old favorite series on which most of us were brought up—and our parents before us . . . Andrew Lang and his associates managed to break the stranglehold of the pious sentimentality handed out to children by collecting—from all over the world—fairy tales of all people, and bringing out the volumes we all know and love.” —Kirkus Reviews