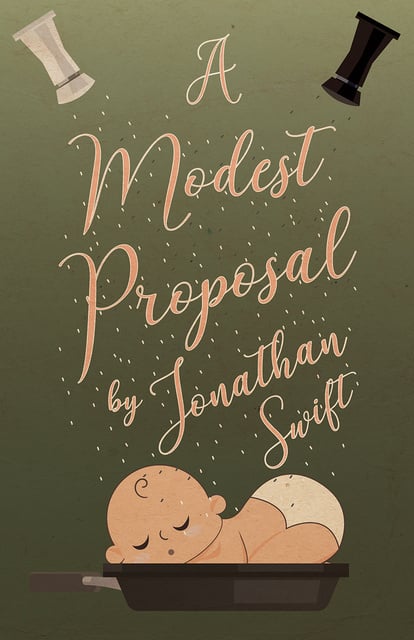 Read & Co. Great Essays presents this brand new edition of Jonathan Swift's satirical essay, "A Modest Proposal" (1729). Referring to the worsening state of poverty amongst families and children in Ireland at the time, Swift’s proposal is to solve the problem by feeding the children of the poor to the rich. Throughout the text he uses statistics, data, and various methods – including recipes – to evidence the economic viability of his suggestion. The essay was received with humour, yet Swift’s powerful critique of social welfare and political injustice is clear. Jonathan Swift (1667-1745) was a prolific writer, poet and political pamphleteer, born into the Anglo-Irish ruling class. He is most remembered for his scathing satirical style and other famous works: “A Tale of a Tub” (1704) and “Gulliver’s Travels” (1726).