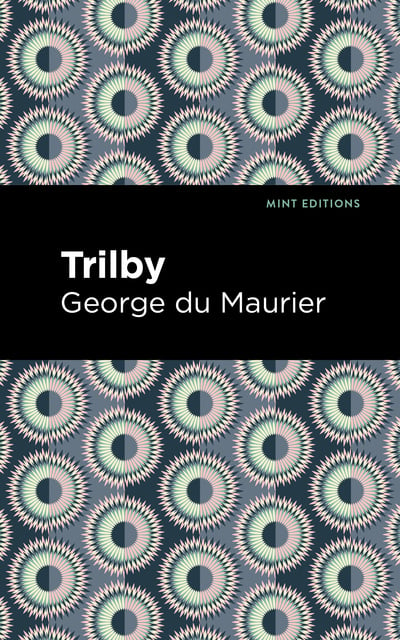 Trilby (1894) is a novel by George du Maurier. Originally serialized in Harper’s Monthly the novel went on to become an international bestseller, attracting controversy and interest for its depiction of bohemian life in 19th century Paris. Although Trilby has been criticized by such readers as George Orwell for its anti-Semitic depiction of Svengali, the novel has been adapted countless times for theatre and film, including a 1931 motion picture starring John Barrymore and a 1983 television movie starring Jodie Foster and Peter O’Toole.

Three English art students enjoy a bohemian lifestyle in Paris. Drawn into the coterie of musicians Svengali and Gecko, they observe with humour the efforts of Trilby, a young Irishwoman, to become a professional singer. Despite her beauty and captivating stage presence, she proves completely tone-deaf, all-but ensuring a life of drudgery as a laundress and artist’s model. Following the tragic loss of her younger brother, Trilby turns to Svengali for guidance.

Using hypnosis, the musician turns Trilby into a gifted singer, sending her into a trance every time she steps on stage. Some years later, one of the Englishman recognizes Trilby at a concert and begins to grow concerned at her gaunt appearance. With a beautifully designed cover and professionally typeset manuscript, this edition of George du Maurier’s Trilby is a classic of British literature reimagined for modern readers.