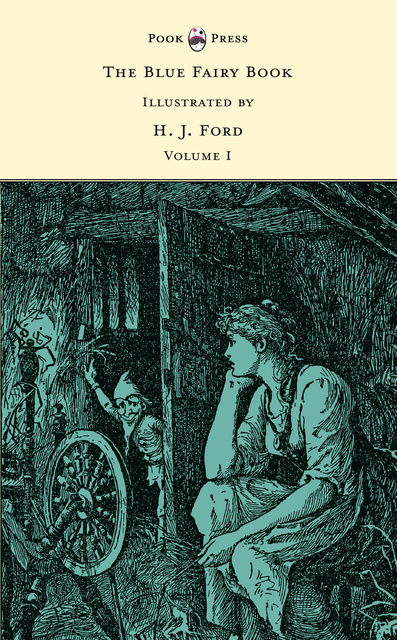 The Blue Fairy Book – Illustrated by H. J. Ford – Volume I contains such classic fairy tales as, ‘East of the Sun, West of the Moon’, ‘The Yellow Dwarf’, ‘Little Red Riding Hood’, ‘Rumpelstiltzkin’, ‘Why the Sea is Salt’, ‘The White Cat’ and many more.

This ‘Blue Book’ forms part of Andrew Lang’s ‘Coloured’ Fairy Books series – a series of twelve collections of fairy tales, published between 1889 and 1910. Each volume is distinguished by its own colour, and all in all, 437 tales from a wide array of cultures and countries are presented.

Andrew Lang (1844 – 1912) was a Scots poet, novelist and literary critic, with a passion for folkloric story telling. Most of his volumes (including this, ‘The Blue Fairy Book’) were beautifully illustrated by Henry J. Ford (1860 – 1941), an inordinately talented artist who came to public attention with his illustrations for Lang. The books captured the imagination of British children, and later became worldwide bestsellers in the 1880s and 1890s.