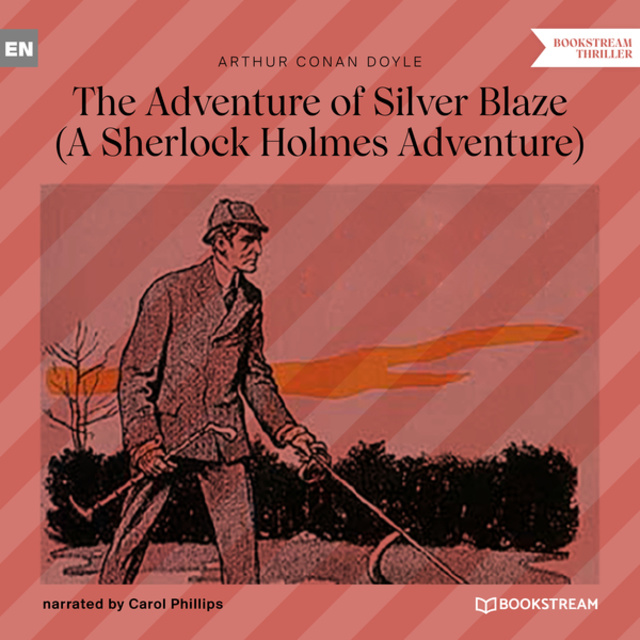 The Adventure of Silver Blaze - A Sherlock Holmes Adventure

The Adventure of Silver Blaze - A Sherlock Holmes Adventure

One of the most popular Sherlock Holmes short stories, "Silver Blaze" focuses on the disappearance of the eponymous race horse (a famous winner) on the eve of an important race and on the apparent murder of its trainer. The tale is distinguished by its atmospheric Dartmoor setting and late-Victorian sporting milieu. It also features some of Conan Doyle's most effective plotting, hinging on the "curious incident of the dog in the night-time:"

Sherlock Holmes and his partner Dr. Watson travel by train to Dartmoor to investigate a crime of disappearance of the great race horse Silver Blaze and the murder of the horse's trainer, John Straker. Holmes and Watson arrive at King's Pyland, from which Silver Blaze is missing. Fitzroy Simpson has come to Dartmoor (and specifically to King's Pyland) to gather information relating to his professional activities, and has become a suspect in the murder. However, to Holmes, from the outset, there seem to be a number of facts that do not fit the inspector's case against Simpson, damning as it looks. It seems odd, for instance, that he would lead the horse out on to the moor simply to injure or kill him. That could be done right in his stall. He could not have stolen the animal. What good would such a famous thoroughbred be to him? Why has an exhaustive search of the neighbourhood not turned up Silver Blaze? What has Simpson done with him?