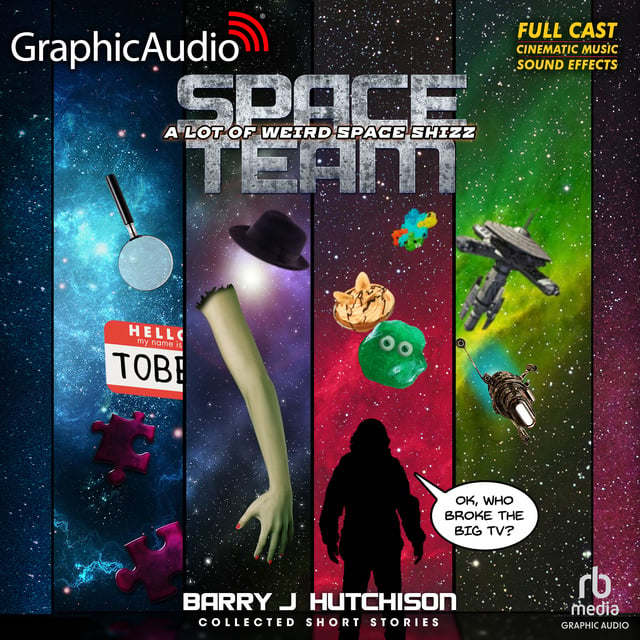 "A collection of short stories gathered from the far reaches of the Space Team Universe. The spectacular tales of space adventure you'll find in this full cast audiobook are:

""Dead Men Don't Get Paid""
Undead detective, Dan Deadman, has a problem. He has a number of them, in fact. He's missing an arm. He needs money to repair his broken window. Someone has opened a portal to the hell-like Malwhere in a nightclub, filling the place with slavering flesh-eating monsters. Fortunately, Dan's diminutive house guest, Artur, has a plan to help him fix at least one of these problems, but like everything else in Dan's afterlife, nothing quite works out the way it should. A brand new Dan Deadman Space Detective adventure, set in the aftermath of Dial D for Deadman.

""Space Team: The Holiday Special""
Die Hard meets The Nativity in Space! It's Space Christmas Eve, and all through the space station not a creature was stirring except a load of evil space pirates who are trying to kidnap a very special newborn baby so it can be eaten by their pirate king. They hadn't counted on Cal Carver and the Space Team, though, who happen to be on the station for some much needed R & R. Originally published in December 2016 as a standalone short story.

""The Last Bounty""
Once the baddest bounty hunter in the galaxy, all Konto Garr wants these days is a quiet family life with the woman he loves, and the respect of Deenia, the step-daughter who hates his guts. But when Deenia is taken hostage, Konto must employ all his skills to mount a death-defying rescue mission. With a terrorist-filled station between him and the hostages, and an infuriatingly upbeat boy from Deenia's class for company, Konto's talents will be stretched to their limit as he goes after the most important bounty of his life - his daughter. Originally published as part of the comedy sci-fi anthology, ""Pew Pew - Sex, Guns, Spaceships.... Oh My!""

""Nun Shall Pass""
Former Nun, Ronda Sallas, is on a mission to save her son, Narp, from himself. And also from some evil Xandrie gangsters who have tricked him into helping them steal a weapon of mass destruction. Mostly from them, actually. Fortunately, Ronda's time at the convent has left her more than capable to deal with a few dozen gangsters, but when an Anti-Nun strips her of her precognition powers, things suddenly become more difficult. First published in The Expanding Universe - Volume 2 anthology. 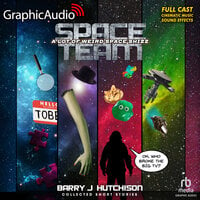