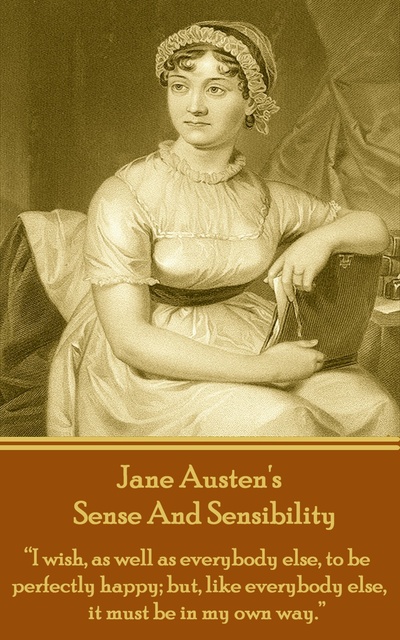 Sense and Sensibility (1811) is Jane Austen’s first published novel. It is a book about love and romance that follows the life of Elinor and Marianne Dashwood. When their father dies and his property goes to his son and first wife, the Dashwood sisters move with their family to live in a modest cottage in Devonshire where start their romantic adventures and heartbreaks. The cottage belongs to their mother’s cousin Sir John Middleton who welcomes them and presents them to his family and friends. One of John’s friends, Colonel Brandon, soon falls in love with Marianne, yet the latter finds him unattractive and too old for her age. She later meets the philandering John Willoughby and becomes interested in him to be drowned in grief when he leaves to do business in London. As for Elinor, she develops a relationship with Edward Ferrars before they move to Devonshire. When the two sisters are disappointed by their lovers who go with other women, the novel depicts the different ways they react as well as their wavering between passion and reason. By the end of the novel, Edward comes to mend his relationship with Elinor and marries her while Marianne marries Colonel Brandon. We’ve also included a concise and informative biography of Jane’s works and life at the end of the book. We hope it helps to give a little context and colour about how her life interacted with her art.