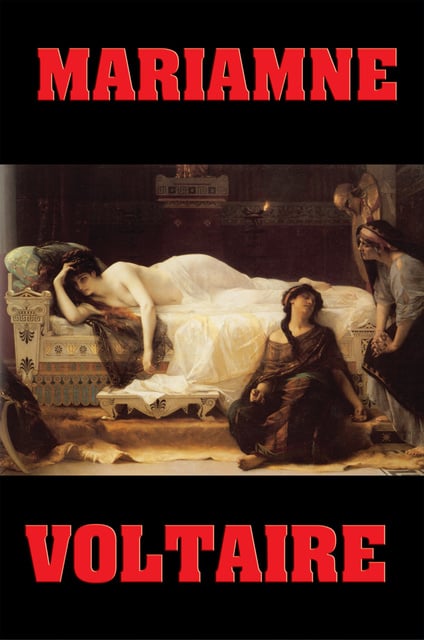 François-Marie Arouet wrote under the nom de plume of Voltaire, and produced works in almost every literary form, including plays, poems, novels, essays, and historical and scientific works. "It is enough: the power of Salome, By all acknowledged, and by all obeyed, On its firm basis stands immovable: I fled to Azor, with the lightning's speed, Even from Samaria's plain to Jordan's spring, And quick returned: my presence there indeed Was needful, to cut off the aspiring hopes Of Israel's moody race: thy brother Herod, So long detained at Rome, was almost grown A stranger in his kingdom; and the people, Ever capricious, turbulent, and bold, Still to their kings unjust, aloud proclaimed, That Herod was condemned to slavery By haughty Rome; and Mariamne, raised To the high rank of her proud ancestors, Would from the blood of our high-priests select A king, to rule o'er conquered Palestine."