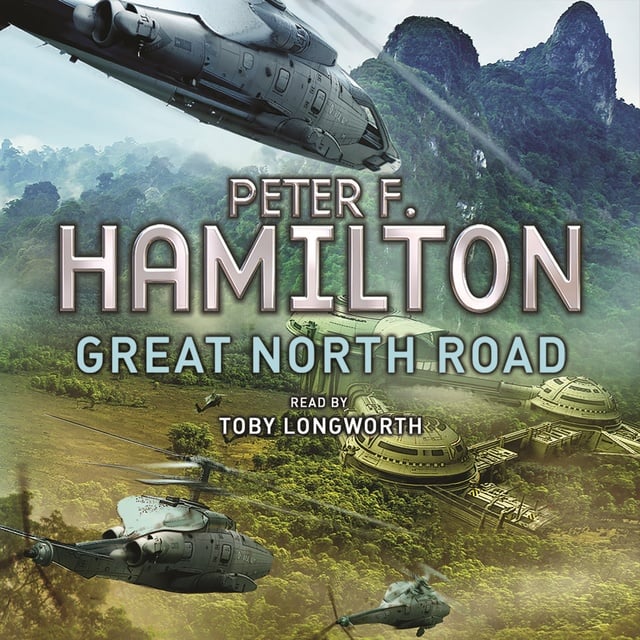 Great North Road is a standalone science fiction adventure from Peter F. Hamilton, the author of The Night's Dawn trilogy.

When attending a Newcastle murder scene, Detective Sidney Hurst finds a dead North family clone. Yet none have been reported missing. And in 2122, twenty years ago, a North clone billionaire was horrifically murdered in the same manner on the tropical planet of St Libra. So, if the murderer is still at large, was Angela Tramelo wrongly convicted? She never wavered under interrogation, claiming she alone survived an alien attack.

Investigating this potential alien threat now becomes the Human Defence Agency's top priority. St Libran bio-fuel is the lifeblood of Earth's economy and must be secured. A vast expedition is mounted via the Newcastle gateway, and experts are dispatched to the planet – with Angela Tramelo, grudgingly released from prison. But the expedition is cut off deep within St Libra's rainforests, and the murders begin. Angela insists it's the alien, but her new colleagues aren't sure. Did she see an alien, or does she have other reasons for being on St Libra?

'The most powerful imagination in science fiction' Ken Follett

'This is thrilling stuff; compulsively readable and abundantly full of ideas' The Times 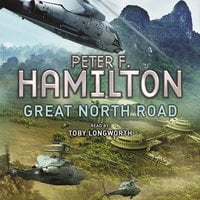