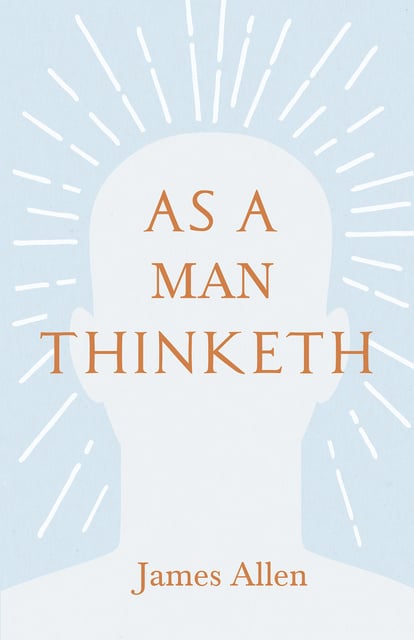 As a Man Thinketh: With an Essay from Within You is the Power by Henry Thomas Hamblin

As a Man Thinketh: With an Essay from Within You is the Power by Henry Thomas Hamblin

James Allen's best known work, “As a Man Thinketh” is a vintage self-help book first published in 1903. Based on the bible verse “As man thinketh, so he is”, Allen's influential book centres around the idea that within every person is the power to form their own character and to create their own happiness. “As a Man Thinketh” has helped millions of people understand the power of thought to improve their life and increase happiness, as it undoubtedly will for generations to come. Contents include: “Thought and Character”, “Effect of Thought on Circumstances”, “Effect of Thought on Health and the Body”, “Thought and Purpose”, “The Thought-factor in Achievement”, “Visions and Ideals”, and “Serenity”. James Allen (1864–1912) was a British writer most famous for his inspirational poetry and being an early leader of the self-help movement. Many vintage books such as this are becoming increasingly scarce and expensive. It is with this in mind that we are republishing this volume now in an affordable, modern, high-quality edition complete with an essay by Henry Thomas Hamblin.