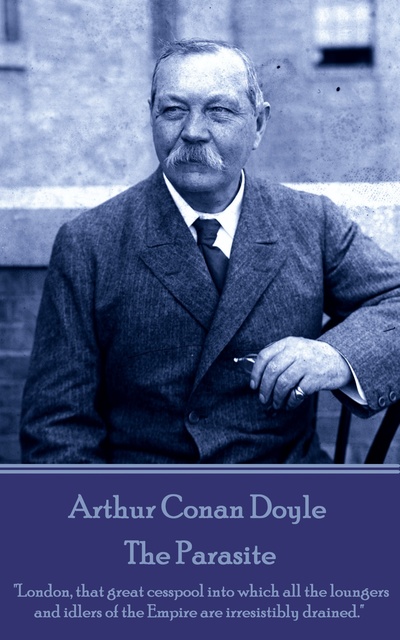 Arthur Conan Doyle - The Parasite: "London, that great cesspool into which all the loungers and idlers of the Empire are irresistibly drained."

Arthur Conan Doyle - The Parasite: "London, that great cesspool into which all the loungers and idlers of the Empire are irresistibly drained."

The Parasite is another celebrated novel belonging to the creator of Sherlock Holmes, Arthur Conan Doyle. The protagonist of the narrative is named Austin Gilroy. He is a young professor of physiology whose friend, Professor Wilson, is specializing in occult practices and mesmerism. In one occasion, Gilroy is introduced to Miss Penclosa, a strange, crippled woman who claims to have psychic powers. To persuade the incredulous young man, she hypnotizes his fiancée in front of him. Being now convinced of her powers, though without having any rational explanations for them, Gilroy decides to attend the occult gatherings organized by Wilson and allows Miss Penclosa to practice her powers on him. Miss Penclosa, who falls in love with Gilroy, manages to push him to break his engagement with his fiancée. Gradually, he becomes totally dependent on her and can no longer free himself from her grip. She plays her tricks to make him praise her and caress her until he becomes like a mere toy in her hands. He is only freed when one day, as he is heading towards her house for their daily date, her nurse announces that she has died.