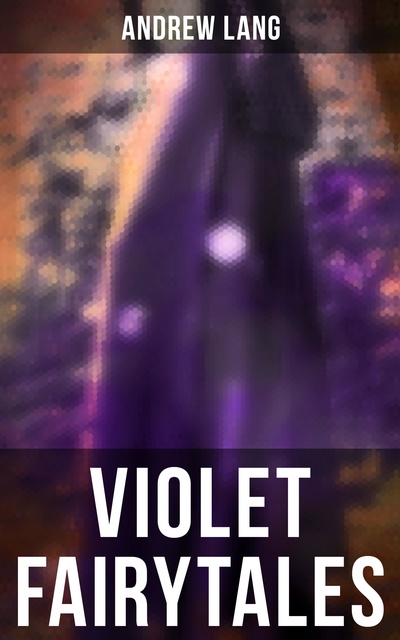 The Violet Fairy Book is a part of the Langs' Fairy Books series. It is a collection of short stories and traditional tales from Russia, Romania, Serbia, Japan, Lithuania, Africa, Portugal, and few other countries. These stories tell of a haunted forest, chests of gold coins, a magical dog, and a man who outwits a dragon.

Table of Contents:
A Tale of the Tontlawald
The Finest Liar in the World
The Story of Three Wonderful Beggars
Schippeitaro
The Three Princes and Their Beasts
The Goat's Ears of the Emperor Trojan
The Nine Pea-Hens and the Golden Apples
The Lute Player
The Grateful Prince
The Child Who Came from an Egg
Stan Bolovan
The Two Frogs
The Story of a Gazelle
How a Fish Swam in the Air and a Hare in the Water
Two in a Sack
The Envious Neighbour
The Fairy of the Dawn
The Enchanted Knife
Jesper Who Herded the Hares
The Underground Workers
The History of Dwarf Long Nose
The Nunda, Eater of People
The Story of Hassebu
The Maiden with the Wooden Helmet
The Monkey and the Jelly-Fish
The Headless Dwarfs
The Young Man Who Would Have His Eyes Opened
The Boys with the Golden Stars
The Frog
The Princess Who was Hidden Underground
The Girl Who Pretended to be a Boy
The Story of Halfman
The Prince Who Wanted to See the World
Virgilius the Sorcerer
Mogarzea and His Son