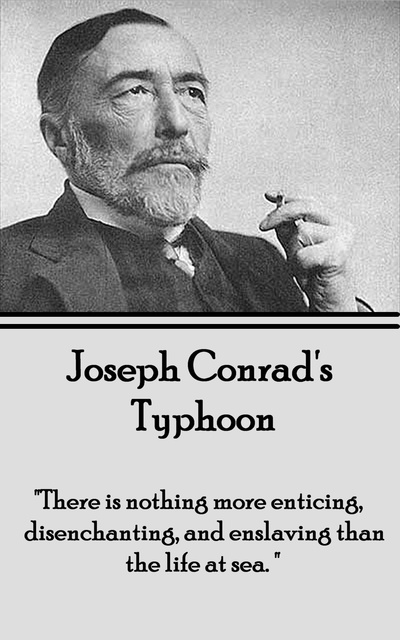 Typhoon: "There is nothing more enticing, disenchanting, and enslaving than the life at sea."

Typhoon: "There is nothing more enticing, disenchanting, and enslaving than the life at sea."

Typhoon is another novel about sailing adventures at the turn of the century written by the English mariner and novelist from Polish origins Joseph Conrad. It tells the story of Captain MacWhirr who, instead of making a U-turn, obstinately leads his steamer Nan-Shan into a typhoon. The story takes place in the Pacific Ocean and can generally serve as an excellent sea-faring document of the period. Having as passengers on board 200 Chinese blue-collar workers loaded with huge wooden boxes, the robust three-year old Nan-Shan is believed to be able to go through the typhoon. The crew discovers that the latter is of an unusual violence, however. As the steamers reaches the danger zone, the structures of the boat have to fight the huge breakers and run the risk of crumbling into pieces. The captain and his assistants do their best to reach a maximum speed so that the Nan-Shan faces the successive blows. What further exacerbates Captain MacWhirr’s ordeal is the possibility of an on-board mutiny amid the tempest led by the Chinese workers whose boxes have been damaged. By the end of the novel, the captain eventually succeeds in going through the typhoon and in recovering peace and order on board.