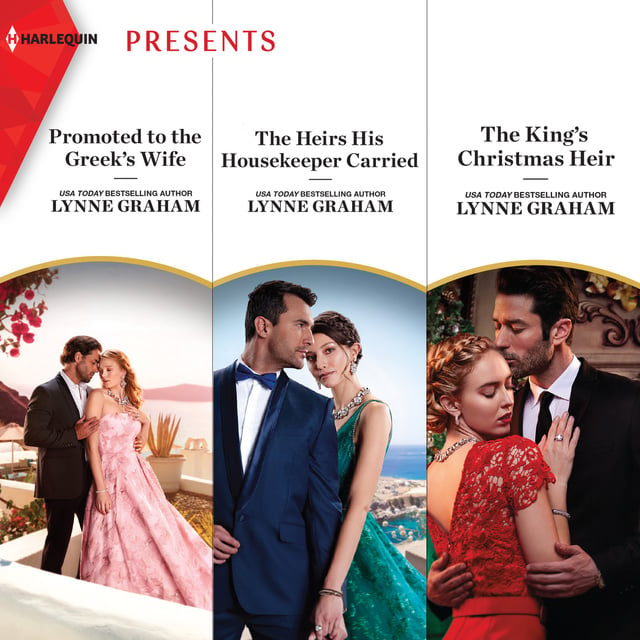 Promoted to the Greek's Wife
Her boss’s diamond deal will change her life!

Her boss needs a wife…and she’s the perfect candidate!

Receptionist Cleo’s attraction to billionaire Ari Stefanos is a fiercely kept secret. Until one sizzling night it’s deliciously exposed! Still, she knows that their passion can’t—shouldn’t—last. If the past has taught her anything, it’s that you can’t make somebody love you.

After discovering his father’s hidden family, Ari found solace in sweet Cleo’s arms… Now, in order to adopt his orphaned niece, he needs to marry. Caring Cleo ticks every box for Ari’s bride-to-be…if only their connection didn’t make their convenient marriage so inconveniently complicated!

The Heir His Housekeeper Carried
How do you tell your billionaire boss…you’re expecting his babies?

Orphaned Leah has never had it easy in life. Desperate for a job, she agrees to become ruthless Giovanni Zanetti’s housekeeper and finally gain some security. What she never expected was that being between his billion-dollar sheets would be so undeniably tempting…

Gio’s night with the totally off-limits innocent was a strictly one-time indiscretion. Anything more than that would require a level of trust he no longer has to give. Then Leah returns with a revelation that rocks the Italian’s carefully constructed world: she’s pregnant!

The King's Christmas Heir
The king has an heir, but does he have a queen?

Last Christmas, he stole her heart

Now, she’ll give him his heir!

When kindhearted Lara rescued Gaetano in a blizzard, she never imagined within weeks she’d be saying “I do” to the man with no memory. Or that when his true identity as future king is revealed, it would rip their passionate marriage apart…

Reeling from his shock ascension to the throne, Gaetano was forced to prioritize his country. He didn’t know Lara was already pregnant with a royal secret! Now, there’s no way that Gaetano will let his son go…but can he convince his queen to stay?

From Harlequin Presents: Escape to exotic locations where passion knows no bounds. 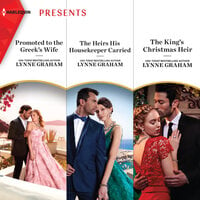