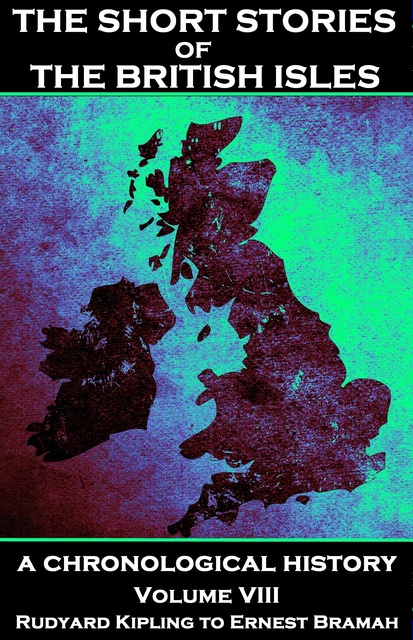 The Short Stories of the British Isles : Volume 8 - Rudyard Kipling to Ernest Bramah

The Short Stories of the British Isles : Volume 8 - Rudyard Kipling to Ernest Bramah

Keeping to a chronological order helps us to highlight how authors through the ages played around with characters and narrative to achieve distinctive results across many scenarios, many styles and many genres. The short story became a sort of literary laboratory, an early disruptor, of how to present and how to appeal to a growing audience as a reflection of social and societal changes. Was this bound to happen or did a growing population that could read begin to influence rather than just accept?

Track Listing of Volume 8: The Phantom Rickshaw by Rudyard Kipling; Second Thoughts by Arthur Moore; The Haunted Orchard by Richard Le Gallienne; The Lizard by C J Cutcliffe Hyne; The Ides of March by E W Hornung; All Soul's Eve by Dora Sigerson Shorter; The Crystal Egg by H G Wells; Jezebel of Valley Farm by Edward Phillips Oppenheim; Two or Three Witnesses by C E Montague; The Crimson Weaver by R Murray Gilchrist; The Matador of the Five Towns by Arnold Bennett; Caterpillars by E F Benson; Apple Blossom in Brittany by Ernest Dowson; The Salvation of a Forsythe by John Galsworthy;

The Coin of Dionysius by Ernest Bramah