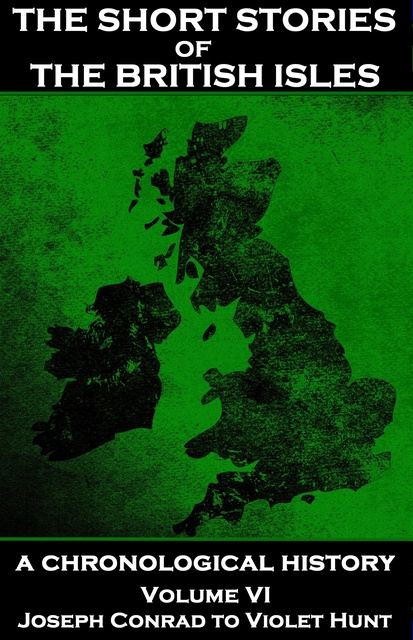 The Short Stories of the British Isles : Volume 6 - Joseph Conrad to Violet Hunt

The Short Stories of the British Isles : Volume 6 - Joseph Conrad to Violet Hunt

Track Listing of Volume 6: The Informer by Joseph Conrad; An Edited Story by Morley Roberts; An Irish Problem by Somerville & Ross (the writing pseudonym for Edith Somerville & Violet Florence Martin);

From the Dead by Edith Nesbit; A Rich Woman by Katharine Tynan; A Saga of the Seas by Kenneth Grahame; Mutabile Semper by Kenneth Grahame; Freckles by William Pett Ridge; The Lesson by Jerome K Jerome; The Cabman's Story. The Mysteries of a London Growler by Arthur Conan Doyle; The Striped Chest by Arthur Conan Doyle; Her Murderer by Mary Cholmondeley; The Dust of Death by Fred Merrick White; Lucy Wren by Ada Radford; A Lost Masterpiece by Mary Chavelita Dunne Bright (writing as George Egerton); The Inconsiderate Waiter by J M Barrie; The Christ of Toro by Gabriela Cunninghame Graham; Cohen of Trinity by Amy Levy; The Mezzotint by M R James; Rats by M R James; The Coach by Violet Hunt