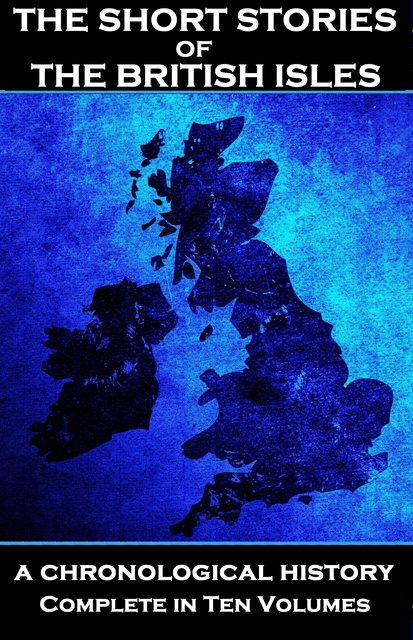 Way back when it was almost immoral that a woman should write. A few pages of verse might be tolerated but anything else brought ridicule and shame. That seems unfathomable now but centuries ago women really were chattel, with marriage being, as the Victorian author Charlotte Smith boldly stated ‘legal prostitution’. Some of course did find a way through - Jane Austen, the Brontes and Virginia Woolf but for many others only by changing their names to that of men was it possible to get their book to publication and into a readers hands. Here we include George Eliot and other examples.

Within this complete collected edition of 10 volumes are 151 authors and 161 miniature masterpieces of a few pages that contain story arcs, narratives, characters and happenings that pull you one way and push you another. Literature for the ears, the heart, the very soul. As the world changed and reshaped itself our species continued to generate words, phrases and stories in testament of the human condition.

This collection has a broad sweep and an inclusive nature and whilst you will find gems by D H Lawrence, G K Chesterton, Anthony Trollope, Oscar Wilde, Rudyard Kipling, Robert Louis Stevenson, Bram Stoker and many, many others you’ll also find oddballs such as Lewis Carroll and W S Gilbert. Take time to discover the black humour of Violet Hunt, the short story craft of Edith Nesbit and Amy Levy, and ask why you haven’t read enough of Ella D’Arcy, Mary Butts and Dorothy Edwards.