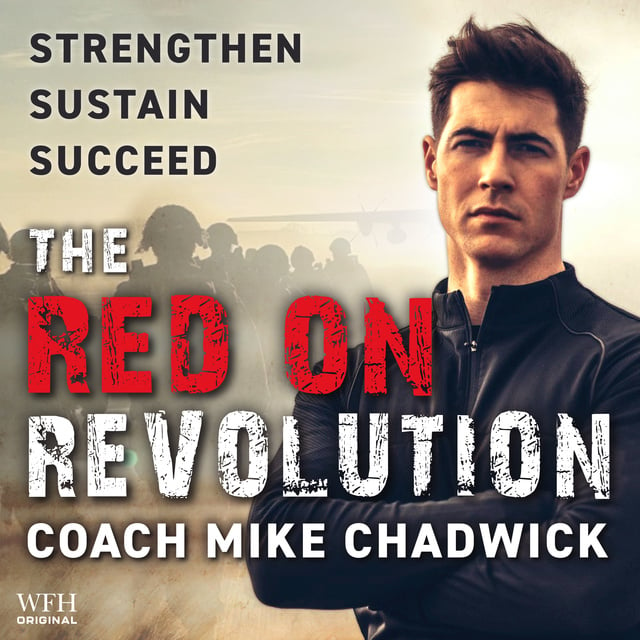 An Original Audiobook Production by W. F. Howes, written and presented by Coach Mike Chadwick, a secret coach to the elite, explaining his revolutionary approach to success.

- Do you have a challenge ahead that needs physical or mental strength?
- Are you struggling to sustain the commitment required to achieve your goals?
- Do you know what it takes for you, personally, to succeed at the highest levels?

Coach Mike Chadwick is ready to help. Former Paratrooper Coach Mike tore up the British Army's century-old approach to physical development sending success rates soaring. He has since become a trainer of champions, a leader of leaders, the coach with the ear of the elite. Much of his work has been from the shadows: in essence as the Secret Coach. Until now.

In The Red On Revolution, Coach Mike exposes countless fitness-industry myths and coaches you, personally, to succeed. Coach Mike cares greatly about your pathway to success and will teach you how to assess your current fitness levels, develop an individualised training plan and, despite your barriers, succeed in your goals. You will learn about the physical, psychosocial, and psychological principles of progress, recalibrating your attitude towards fitness, readiness, and mental strength.

Progress and success is different for every single person. By revealing the secrets of the strongest, Coach Mike will show you how you can reach your fitness goal and be ready for anything.
Only one question remains: are you in?

About Coach Mike Chadwick
Former paratrooper Coach Mike Chadwick revolutionised the British Armed Forces' century-old approach to physical development delivering unprecedented pass rates for the Parachute Regiment's Pegasus-Company selection course. He has been awarded multiple times in his career including the Bredin Trophy (soldier who most enhances British Army in physical development) and a GOC commendation announced alongside the Queen's Birthday Honours list. Since his success in the military Coach Mike turned his singular attention to coaching the UK Special Forces, global Tactical Athlete community and elite sporting world–each with equally startling success. The Red On Revolution is his first book, sharing his principles for physical growth and announcing him as a figure at the forefront of the fitness and military market.

An accompanying PDF is available with this audiobook.
To download the PDF please visit www.wfhowes.co.uk/coachmike

Please note: If you have a medical condition, illness, a history of injuries or are pregnant, you should always consult a medical professional before embarking on any new fitness plan. 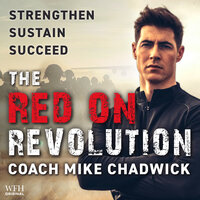