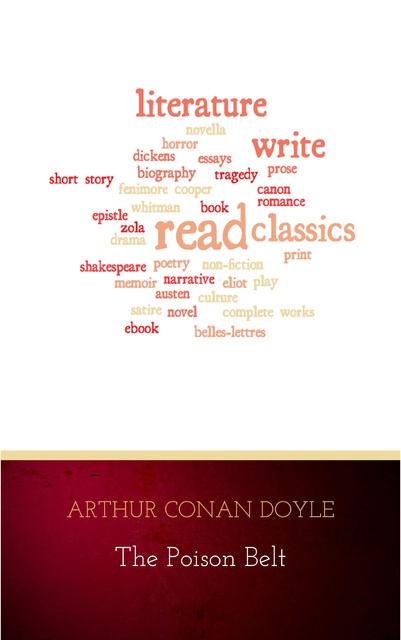 The Poison Belt was the second story, a novella, that Sir Arthur Conan Doyle wrote about Professor Challenger. Written in 1913, roughly a year before the outbreak of World War I, much of it takes place--rather oddly, given that it follows The Lost World, a story set in the jungle--in a room in Challenger's house. This would be the last story written about Challenger until the 1920s, by which time Doyle's spiritualist beliefs had begun to affect his writing.