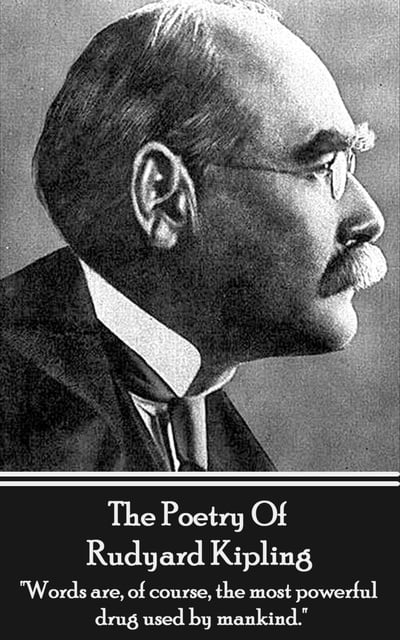 The Poetry Of Rudyard Kipling Vol.1: "Words are, of course, the most powerful drug used by mankind."

The Poetry Of Rudyard Kipling Vol.1: "Words are, of course, the most powerful drug used by mankind."

Poetry is a fascinating use of language. With almost a million words at its command it is not surprising that these Isles have produced some of the most beautiful, moving and descriptive verse through the centuries. In this series we look at individual poets who have shaped and influenced their craft and cement their place in our heritage. Here we look at the works of Rudyard Kipling; that great Victorian, that great writer of Empire, that great man; from ‘The Jungle Book’ to ‘The Man Who Would Be King’ to a great and voluminous poet with works of the calibre of ‘If’ and ‘On The Road To Mandalay’ a man at the top of his craft and always aware of his affect on the minds of us mere mortals. With our almost religious zeal to categorise and pigeon hole everything it should come as little surprise that one of the poems we learnt at school should so regularly be voted the best ever poem. Whether ‘If..’ deserves that credit or not is irrelevant to this empire wandering artist who was not only a fine story teller but a great poet of the Empire, its people and views. In today’ society some of what he had to say was undoubtedly wrong but of its time and we can learn much from that as well as all that was good about his other work. Many of the poems are also available as an audiobook from our sister company Portable Poetry. Many samples are at our youtube channel http://www.youtube.com/user/PortablePoetry?feature=mhee The full volume can be purchased from iTunes, Amazon and other digital stores. Among our readers are Richard Mitchley and Ghizela Rowe