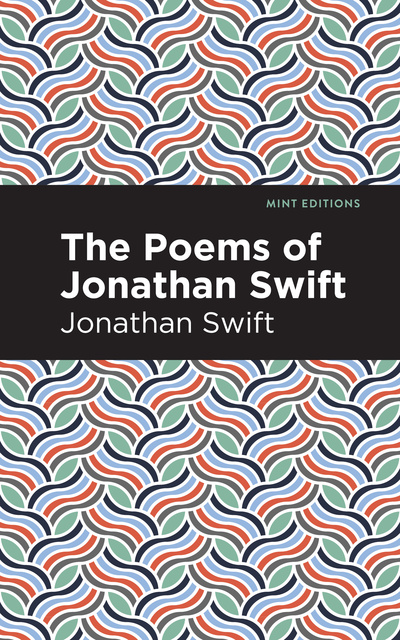 The Poems of Jonathan Swift

The Poems of Jonathan Swift

This collection of Jonathan Swift’s poetry is separated in three parts, according to their subject matter. The first section are poems addressed to a woman named Stella. Based off a real-life close friend of Swift’s, Esther Johnson, the portion of poetry addressed to Stella contain beautiful tributes to this woman, with simple titles such as Stella’s Birthday March 13, 1727. Though these poems display a tender amount of intimacy shared between the two, Esther Johnson and Jonathan’s relationship is shrouded in mystery, leaving readers and historians to debate if they were just friends or something more romantic. The next section of The Poems of Jonathan Swift are dedicated to a woman called Vanessa, who was based off of one of Swift’s lovers, Esther Vanhomrigh. Their correspondence and his poems about her suggested a more romantic relationship than the one he shared with Stella. With elegant word choice and masterful form, both women and their relationships with Swift are well documented in this book of poems. The final part of The Poems of Jonathan Swift is dedicated to the love of Swift’s career—the satirization of politics.

All of Swift’s poems are written in iambic tetrameter and end rhyme, creating a fun and quick reading experience. This is a large collection of poetry covers a wide variety of topics with the humor and satire that Jonathan Swift was famous for. With these attributes, readers are welcome to enjoy Jonathan Swift’s mysterious and passionate relationships as well as his humorous and intelligent criticism of politics.

Now presented in an easy-to-read font and with an eye-catching cover design, this edition of The Poems of Jonathan Swift is perfect for a contemporary audience. With the decadent style of classic poetry combined with topics that are both entertaining and relatable, along with this edition’s new features, this classic collection is restored for modern readers.