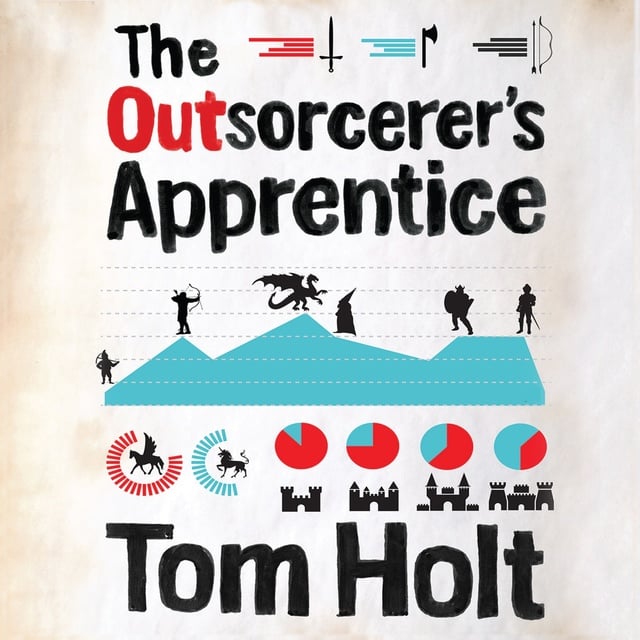 'Entertaining.... Holt has a zany humor that will appeal to fans of Terry Pratchett and Christopher Moore.' - Library Journal

A HAPPY WORKFORCE, IT IS SAID, IS A PRODUCTIVE WORKFORCE.

Try telling that to an army of belligerent goblins. Or the Big Bad Wolf. Or a professional dragon slayer. Who is looking after their well-being? Who gives a damn about their intolerable working conditions, lack of adequate health insurance, and terrible coffee in the canteen?

Thankfully, with access to an astonishingly diverse workforce and limitless natural resources, maximizing revenue and improving operating profit has never really been an issue for the one they call 'the Wizard.' Until now.

Because now a perfectly good business model-based on sound fiscal planning, entrepreneurial flair, and only one or two of the infinite parallel worlds that make up our universe-is about to be disrupted by a young man not entirely aware of what's going on.

There's also a slight risk that the fabric of reality will be torn to shreds. You really do have to be awfully careful with these things.

A story of overlords, underlings and inhuman resources, The Outsorcerer's Apprentice is
the hilarious new novel from comic fantasist Tom Holt.

J.W. Wells & Co. Series
The Portable Door
In Your Dreams
Earth, Air, Fire and Custard
You Don't Have to Be Evil to Work Here, But It Helps
The Better Mousetrap
May Contain Traces of Magic
Life, Liberty and the Pursuit of Sausages

YouSpace Series
Doughnut
When It's A Jar
The Outsorcerer's Apprentice
The Good, the Bad and the Smug

Novels
Expecting Someone Taller
Who's Afraid of Beowulf
Flying Dutch
Ye Gods!
Overtime
Here Comes the Sun
Grailblazers
Faust Among Equals
Odds and Gods
Djinn Rummy
My Hero
Paint your Dragon
Open Sesame
Wish you Were Here
Alexander at World's End
Only Human
Snow White and the Seven Samurai
Olympiad
Valhalla
Nothing But Blue Skies
Falling Sideways
Little People
Song for Nero
Meadowland
Barking
Blonde Bombshell
The Management Style of the Supreme Beings
An Orc on the Wild Side 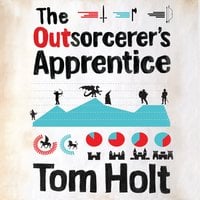