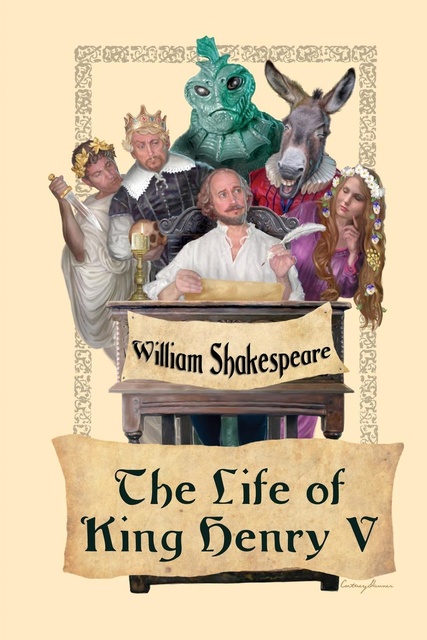 The Life of King Henry V

The Life of King Henry V

Honor and Glory-- King Henry V has put aside the indiscretion of youth and taken the throne upon his father's death. Faced with insurrection and a war with France, Henry must become a strong king or perish. Once more unto the breach, dear friends, once more; Or close the wall up with our English dead. In peace there's nothing so becomes a man As modest stillness and humility: But when the blast of war blows in our ears, Then imitate the action of the tiger; Stiffen the sinews, summon up the blood, Disguise fair nature with hard-favour'd rage; Then lend the eye a terrible aspect; Let pry through the portage of the head Like the brass cannon; let the brow o'erwhelm it