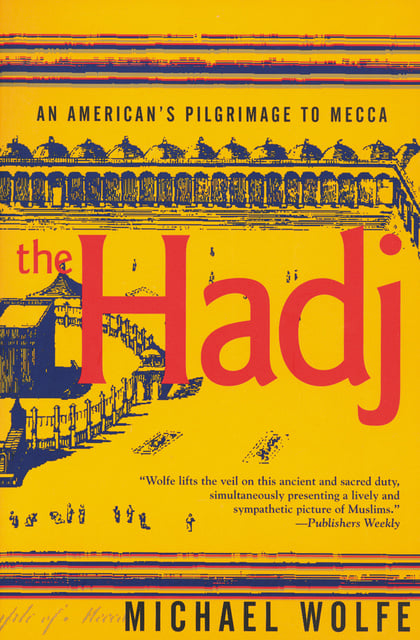 The Hadj: An American's Pilgrimage to Mecca

The Hadj: An American's Pilgrimage to Mecca

With this impassioned memoir, an American convert to Islam “lifts the veil on this ancient and sacred duty” of making a pilgrimage to Mecca (Publishers Weekly).

The hadj, or sacred journey, is the pilgrimage to Mecca that all Muslims are enjoined to make once in their lifetimes. One of the world’s oldest religious rites, the hadj has continued without break for fourteen centuries. It is, like most things Islamic, shrouded in mystery for Westerners. Here, Michael Wolfe, an American-born writer and recent Muslim convert, recounts his experiences on this journey.

Wolfe begins his narrative in Marrakech, Morocco. Beginning with the month-long fast of Ramadan, he immerses himself in the traditional Muslim life of Morocco. Then, in Tangier, he visits mystics and the American author Paul Bowles. From there, he journeys to Mecca, the sacred desert city in Saudi Arabia closed to all but Muslims.

Though the buildup to the Gulf War hovers in the background, the age-old rites of the hadj are what most preoccupy Wolfe. His experience profoundly strengthens his bond to the faith he has embraced as an outsider, making it personal and alive. At a time when the eyes of the world are on Islam, The Hadj offers a much-needed look at its human face.