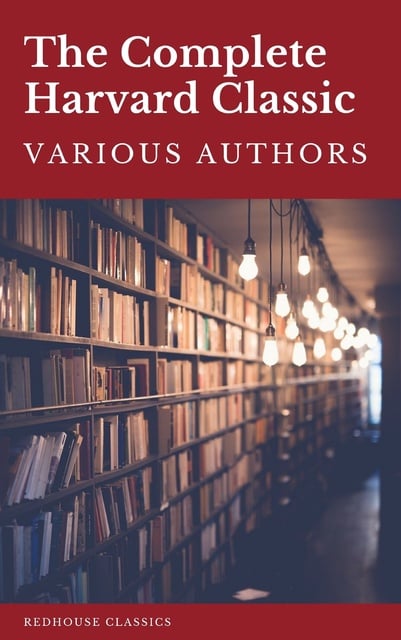 The Complete Harvard Classics 2021 Edition - All 71 Volumes: The Five Foot Shelf & The Shelf of Fiction

The Complete Harvard Classics 2021 Edition - All 71 Volumes: The Five Foot Shelf & The Shelf of Fiction

Eliot had stated in speeches that the elements of a liberal education could be obtained by spending 15 minutes a day reading from a collection of books that could fit on a five-foot shelf. (Originally he had said a three-foot shelf. ) The publisher P. F. Collier and Son saw an opportunity and challenged Eliot to make good on this statement by selecting an appropriate collection of works, and the Harvard Classics was the result.

Eliot worked for one year with William A. Neilson, a professor of English; Eliot determined the works to be included and Neilson selected the specific editions and wrote introductory notes. Each volume had 400–450 pages, and the included texts are "so far as possible, entire works or complete segments of the world's written legacies." The collection was widely advertised by Collier and Son, in Collier's and elsewhere, with great success.

Eight years later Eliot added a further 20 volumes as a sub-collection titled 'The Harvard Classics Shelf of Fiction', offering some of the greatest novels and short stories of world literature. The exhaustive anthology of the 'The Harvard Classics' comprises every major literary figure, philosopher, religion, folklore and historical subject up to the twentieth century.

10: The Wealth of Nations

11: The Origin of Species

23: Two Years Before the Mast

29: The Voyage of the Beagle

31: The Autobiography of Benvenuto Cellini

The Shelf of Fiction:

3: A Sentimental Journey & Pride and Prejudice

9: The Mill on the Floss