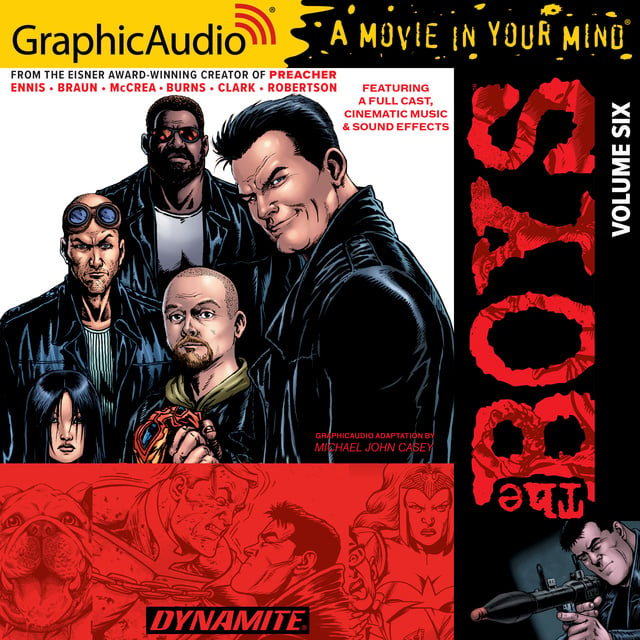 The Homelander enacts his plan only to realize his motivations are unfounded. Butcher confronts him and makes the one who raped his wife and caused her death pay with his life. Butcher’s true desire for destruction is then revealed in the form of a WMD crafted for supes but will kill many others and, to be stopped, Hughie must face Butcher alone. As the dust settles the long lasting damage and betrayals are still affecting the survivors.

Comics Issues Adapted to GraphicAudio containing Over the Hill with the Swords of a Thousand Men, The Bloody Doors Off, and You Found Me. 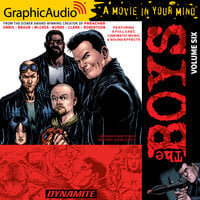