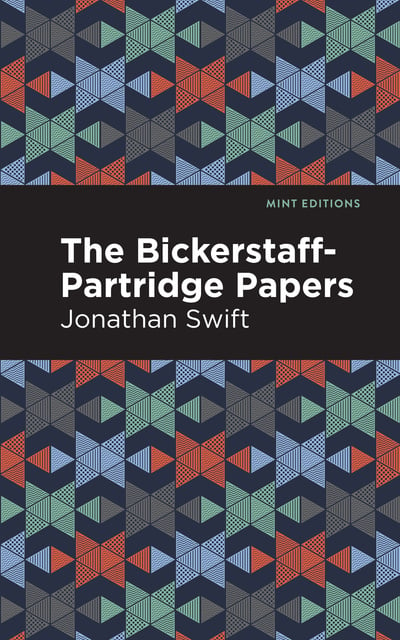 When the famed 18th century astrologer, John Partridge, publicly discredited the Christian church, Jonathan Swift developed an immense distaste for the man. Feeling insulted and malicious, Swift decided to celebrate his favorite holiday, All Fools Day, more commonly known as April Fools, while also appeasing his self-appointed feud with Partridge. Under the disguise of a pseudonym, Swift published The Bickerstaff-Partridge Papers as a series of three letters. The first letter, titled Predictions for the Year 1708 started with a criticism of the cultural impact astrology had on their society. Eventually, the narrative shifts to list predictions including political uprisings, the birth of children, weather patterns, battle outcomes, and most importantly, the death of notable figures, including John Partridge. To accompany this letter, Swift next published The Accomplishments of the First of Mr. Bickerstaff’s Predictions, which was written from the perspective of a government employee who supported and confirmed the validity of Bickerstaff’s predictions. This section also included an elegy for John Partridge, furthering the claim that the man was dead. These papers gained immense popularity, and convinced the public that these predictions were legitimate. This caused quite the disturbance for Partridge, who was often waken by the sound of people crying outside his home, mourning his death. After Partridge published a paper to deny the rumors that he was dead, Swift responded with the final part of The Bickerstaff-Partridge Papers, pondering the philosophical definition of death to convince his audience that Partridge was dead once more.

This edition of The Bickerstaff-Partridge Papers by Jonathan Swift features a new, eye-catching cover design and is printed in a readable font, making it both accessible and modern.