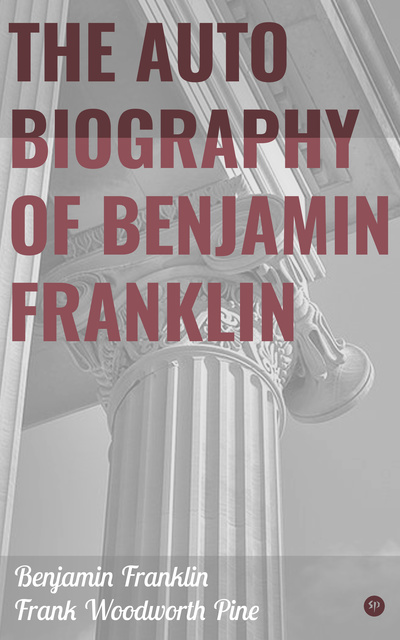 The Autobiography of Benjamin Franklin

The Autobiography of Benjamin Franklin

Autobiography of Benjamin Franklin is a record of the life of one of the most impressive people in the American history. Franklin's autobiography, although unfinished, represents one of the most famous and influential examples of an autobiography ever written. His book is the record of an unusual life told in his own unexcelled conversational style. The Autobiography is Franklin's longest work, and yet it is only a fragment of it. The account of Franklin's life is divided in a manner that reflects the different periods in which he wrote them. The first part, written as a letter to his son, William Franklin, was not intended for publication; the composition is more informal and the narrative more personal than in the second part, from 1730 onward, which was written with a view to publication.
Contents:
Ancestry and Early Life in Boston
Beginning Life as a Printer
Arrival in Philadelphia
First Visit to Boston
Early Friends in Philadelphia
First Visit to London
Beginning Business in Philadelphia
Business Success and First Public Service
Plan for Attaining Moral Perfection
Poor Richard's Almanac and Other Activities
Interest in Public Affairs
Defense of the Province
Public Services and Duties
Albany Plan of Union
Quarrels with the Proprietary Governors
Braddock's Expedition
Franklin's Defense of the Frontier
Scientific Experiments
Agent of Pennsylvania in London
Electrical Kite
The Way to Wealth
The Whistle
A Letter to Samuel Mather