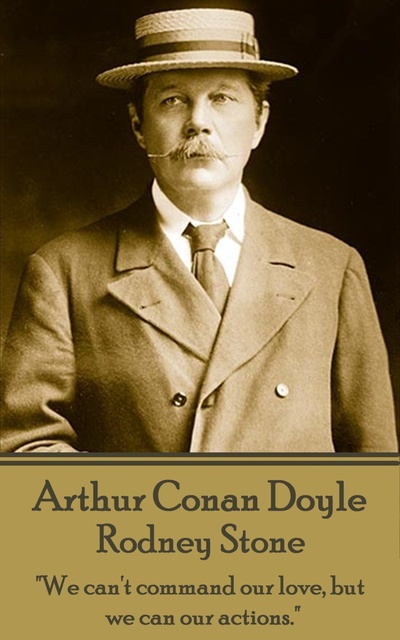 Rodney Stone: "We can't command our love, but we can our actions."

Rodney Stone: "We can't command our love, but we can our actions."

If ever a writer needed an introduction Arthur Conan Doyle would not be considered that man. After all, Sherlock Holmes is perhaps the foremost literary detective of any age. Add to this canon his stories of science fiction and his poems, his historical novels, his political campaigning, his efforts in establishing a Court Of Appeal and there is little room for anything else. Except he was also an exceptional writer of short stories of the horrific and macabre. Something very different from what you might expect. Born in Arthur Conan Doyle was born on 22 May 1859 at 11 Picardy Place, Edinburgh, Scotland. From 1876 - 1881 he studied medicine at the University of Edinburgh following which he was employed as a doctor on the Greenland whaler Hope of Peterhead in 1880 and, after his graduation, as a ship's surgeon on the SS Mayumba during a voyage to the West African coast in 1881. Arriving in Portsmouth in June of that year with less than £10 (£700 today[13]) to his name, he set up a medical practice at 1 Bush Villas in Elm Grove, Southsea. The practice was initially not very successful. While waiting for patients, Conan Doyle again began writing stories and composed his first novel The Mystery of Cloomber. Although he continued to study and practice medicine his career was now firmly set as a writer. And thereafter great works continued to pour out of him. Here Rodney Stone is another enduring example of the man and his work.