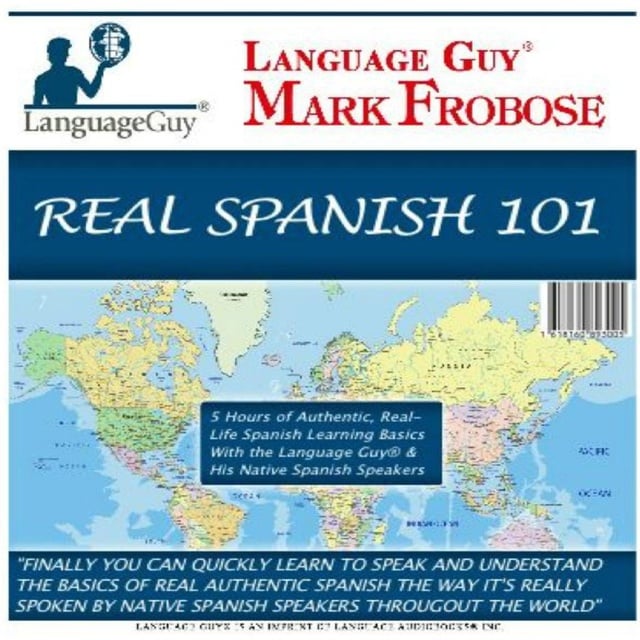 How many times have you said or heard the following sentence? "What they actually speak in the country I visited is not what I learned in school." The reason for this is that most schools and language programs teach a rigid, nonauthentic form of Spanish that doesn't really help you communicate with native Spanish speakers.

Real Spanish 101 teaches you beginning-level Spanish the way it's really spoken by native Spanish speakers every day throughout the Spanish-speaking world. Language Guy® Mark Frobose teaches you this universal, authentic Spanish along with several educated native Spanish speakers from around the Spanish-speaking world. Learn their accents, their expressions, and how they really talk, so you, too, can speak and understand real Spanish.

Frobose, an American expert multilingual teacher, guides you through Spanish in plain English, making it easy for you to understand. A variety of educated native Spanish speakers work with Mark to teach you authentic Spanish. Learn to speak your own original Spanish sentences within the first 10 minutes of the program. Remember more of what you learn with the best built-in memory technique in the industry. 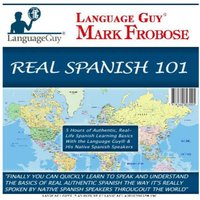