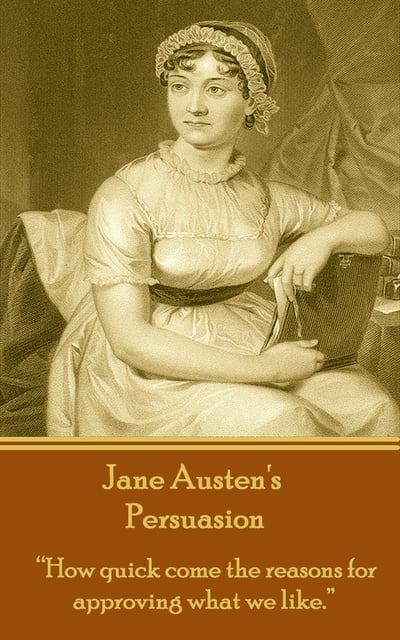 Persuasion: "How quick come the reasons for not approving what we like."

Persuasion: "How quick come the reasons for not approving what we like."

Like most of her other novels, Jane Austen’s Persuasion (1818) is an exploration of human relations in a society governed by family bonds, materialism, social hypocrisy and the pressures of persuasion. The story is set in the English city of Bath where the young protagonist, Anne Elliot, lives with her noble and conservative family in their Kellynch Hall estate. At only 19 years old, Anne develops a relationship with the young naval officer Frederick Wentworth and accepts his marriage proposal. However, she is soon persuaded to leave him by her friend Lady Russell. The latter is incited by Anne’s supercilious father and elder sister who think that Wentworth is too poor to be a match for an Elliot. Years later, and after rejecting a number of other suitors, Anne meets her first love again. Wentworth is now a well-off sea captain while Mr. Elliot’s irresponsible spendthrift behavior forces him to rent the family estate. Although Wentworth still bears the bitterness of being jilted by Anne, he gradually starts to regain confidence in her and to discover that she regrets what she has been persuaded to do. By the end of the narrative, the couple is reunited in a highly romantic scene. We’ve also included a concise and informative biography of Jane’s works and life at the end of the book. We hope it helps to give a little context and colour about how her life interacted with her art.