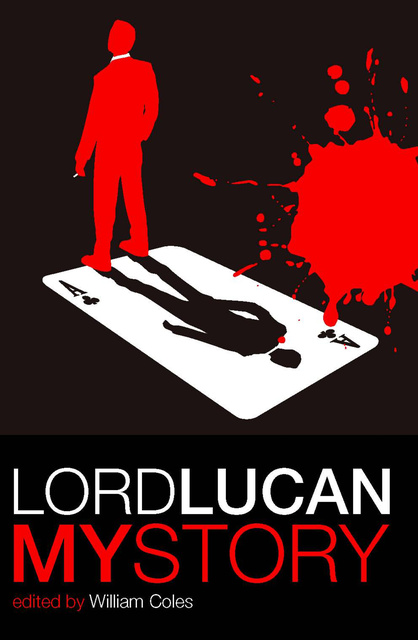 The British Lord who became a legendary fugitive tells his story of murder and escape in this fictionalized account of the infamous scandal.

On November 7th, 1974, a murder plot goes disastrously wrong. John Bingham, 7th Earl of Lucan, had intended to do away with his wife. Instead, it is their nanny, Sandra Rivett, who lies dead in the basement of their London home. The following day, Lord Lucan disappeared. And despite a global hunt, he was never seen again.

Bingham had once been the most charismatic members of the British peerage. A frequent gambler, he was known as Lucky Lord Lucan—even though his losses often exceeded his winnings. Since his disappearance, he has become a legend of a very different sort.

Here, in his own hand, is Lord Lucan’s confession to his grizzly crimes, and the story of his mysterious life. It is a strange tale of an Old Etonian Earl on the run; of how a man became a murderer; and how a life-long friendship soured into an enduring hate. Here, for the first time, is the full monstrous account of the life of Lord Lucan.