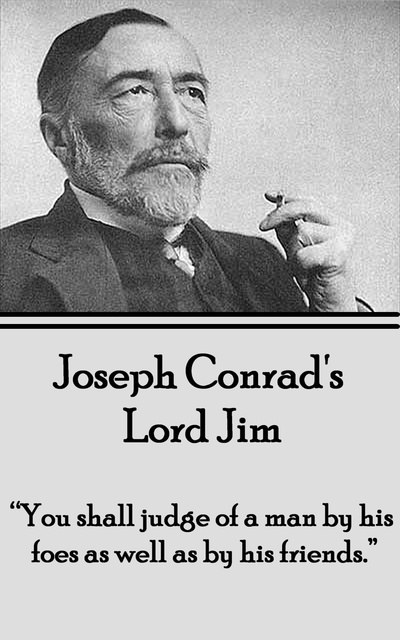 Lord Jim: "You shall judge of a man by his foes as well as by his friends."

Lord Jim: "You shall judge of a man by his foes as well as by his friends."

Lord Jim is a novel by Joseph Conrad the author of The Heart of Darkness. Published at the very end of the nineteenth century, Lord Jim follows the life of the eponymous hero, a young British seaman working in the Malays. In the first part of the narrative, which is based on a factual story, Jim is on a ship travelling from a Far-Eastern island to Mecca and boarding hundreds of Muslim pilgrims. When the ship faces very bad weather conditions and starts to founder, Jim and the rest of the British crew leave the ship and sacrifice all the passengers. Later, the Muslim passengers are also saved and Jim is sued for not standing up to his duty. In the second part of the story, downhearted Jim is back to work, yet he has to hide his true identity and reprehensible past. He is then sent to work on a remote island where no one knows him. Jim tries to redeem himself by defending the island’s natives against criminals. He becomes much respected, yet by the end of the narrative, when he fails to protect the people from the attacks of outsiders, he willingly surrenders to death.