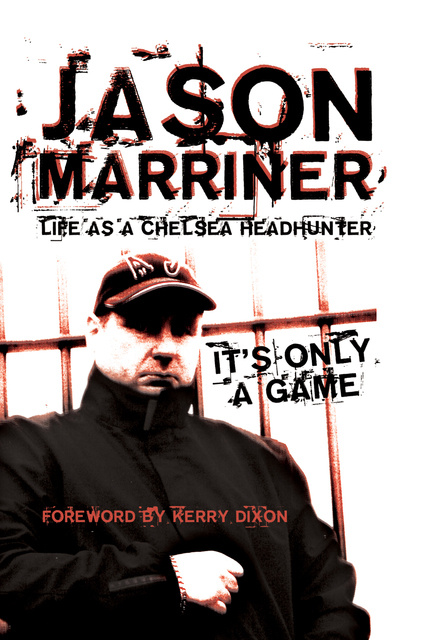 Life as a Chelsea Headhunter

Life as a Chelsea Headhunter

Optical illusions are the stuff of magic - harmless entertainment conjured up to both enthral and amaze, aren't they? Well, maybe not, as it's not quite so amusing if the 'stunt' takes the form of an episode of the BBC's 'groundbreaking' documentary series MacIntyre Undercover on organised football hooliganism, the wizardry is conducted by unscrupulous investigative journalists posing as big-time drug dealers, and as a result the unwitting participant in the trick, avid Chelsea supporter Jason Marriner, is charged with conspiracy to commit violent disorder and affray, together with his friend Andy Frain, and Jason ends up with a six-year jail sentence for a crime he didn't commit. This is Jason's chance to put the record straight, present the facts from his own perspective and challenge the reader, who may well have been one of the 7.4 million documentary viewers, to decide whether the programme actually revealed the 'ugly face of football violence', or indeed showed him plotting or committing any violence whatsoever, or whether the original 344 hours' worth of footage, secretly filmed over a period of 18 months, were distorted beyond recognition by cutting, editing and stitching together clips from the original sequences to achieve the programme's aim at any cost. Jason would be the first to admit that in the past he had been a 'nuisance' on the terraces, but this was the late 1990s and, with a wife, children and his own business, he had done a lot of growing up and moving on. Fortunately, he had also developed the strength of character needed to survive in prison with humour, dignity and determination, and he shares his insights of life behind bars as he tried to work with the system, despite the knock-backs, in order to make it work for him in return. 'Good will always follow bad' is Jason's admirable philosophy about his experiences, but this shocking real-life story serves as a warning to all: this could so easily happen to you.