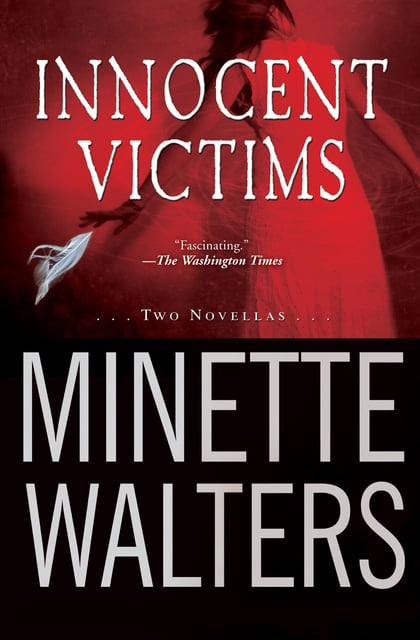 Two suspenseful stories in one volume from the Edgar Award–winning author of The Dark Room.

From an acclaimed, multimillion-selling author known for her tales about seemingly normal people driven to commit the most heinous crimes imaginable, Innocent Victims collects two novellas in one volume:

Following young Norman Thorne and his girlfriend, Elsie, from their first meeting in chapel until Thorne is about to go on trial for killing her four years later, this chilling, twisting tale is based on the true story of the ‘chicken run murder’ in East Sussex in 1924.

Patrick O’Riordan has been arrested for the brutal murder of an elderly woman and her live-in nurse. As shock turns to fury, the village residents unite against the O’Riordan family. But a neighbour remains convinced that Patrick is innocent—and jeopardizes her own position within the community to stand firmly in defense of the O’Riordan name. But soon she is forced to question her loyalties …

“Fans of Edgar-winner Walters will welcome this collection … the poignant Chickenfeed, based on an infamous 1924 murder case in East Sussex. [And] The Tinder Box, a compelling tale of prejudice and gossip where everything falls into place to produce a shockingly different picture than expected. ” —Publishers Weekly