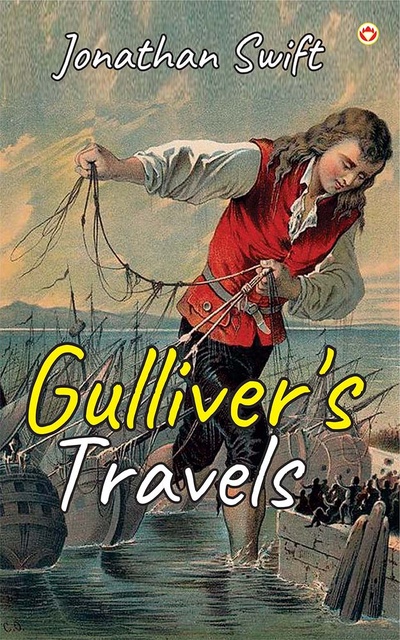 Jonathan Swift (30th November 1667-19th October 1745), the author, was an Anglo-Irish essayist, satirist, poet. His notable works are 'A Tale of a Tub', 'Drapier's Letters', 'A Modest Proposal'. The book is the international best seller and got huge success. According to Robert McCrum 'Gulliver's Travel' is "a satirical masterpiece".

Swift's family has several interesting literary connections. His grandmother Elizabeth Swift was the niece of Sir Erasmus Dryden, grandfather of poet John Dryden. The same grandmother's and Katherine Dryden was a first cousin of Elizabeth, wife of Sir Walter Raleigh. His uncle Thomas Swift married a daughter of poet and playwright Sir William Davenant, a godson of William Shakespeare.

Jonathan Swift has put his best to complete this book. In his various forms, he completed this book such as started with as a surgeon and them captain of the various ships to complete voyages and so on. It is more or less a satirical work of Jonathan Swift. Also full of adventures and mockery of some issues in the form of satire. The story narrates about shipwreck and the only survivor is Gulliver. Somehow he reaches to Lilliput. Here the height of the people is less than 6 inches. Lilliput ask for help from Gulliver to save them against the empire of Blefusca. Gulliver prevents all of them. He captures all the fleet of Blefusca.

When the Lilliputians decide to sentence him by making him blind. Then he switches over to Blefusca then able to return to England. He does number of voyages. The story seems very adventurous and interesting.