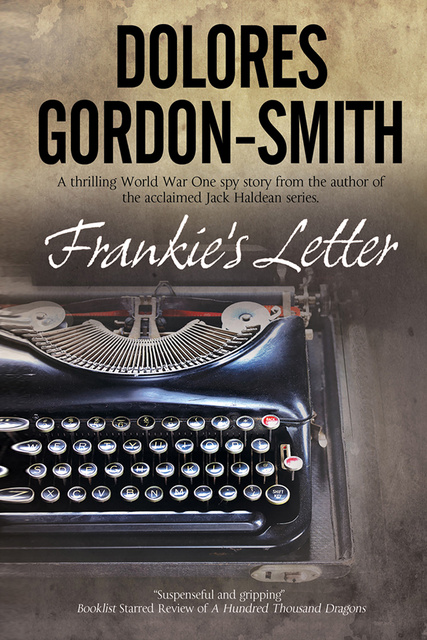 This WWI spy thriller “packed with adventure, action, and unforeseen twists” by the author of the Jack Haldean mysteries “will appeal to Ken Follett fans” (Booklist).

It’s 1915, and Dr. Anthony Brooke has been called away from his medical practice to spy for the British Crown. But now it seems his mission has been compromised. In a hotel in Kiel, Germany, a colleague’s dying words are, “There’s a spy in England … Frankie’s letter. Read Frankie’s letter … ” But Anthony hasn’t a clue who Frankie might be.

With his cover blown and the German army at his heels, Anthony’s search for the truth leads him to a seemingly innocent estate in the English countryside. Here, in the home of a British publishing magnate and his beautiful French wife, Anthony uncovers a web of spies, treachery, and terrorists as the war gets closer—and becomes all too personal.