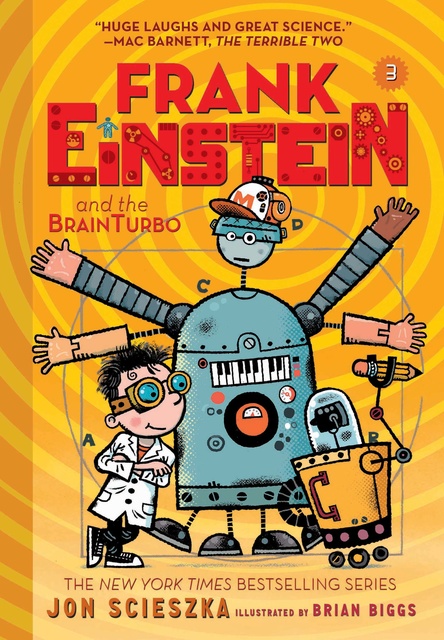 Frank Einstein (kid-genius scientist and inventor) and his best friend Watson, along with Klink (a self-assembled artificial intelligence entity), create the BrainTurbo to power-boost the human body and help their baseball-pitching pal Janegoodall make the team. But when Klank (a mostly self-assembled and artificial almost intelligence entity) goes missing, they must first rescue their robot pal and stop T. Edison—Frank’s classmate and archrival—from stealing their latest invention and using it against them!