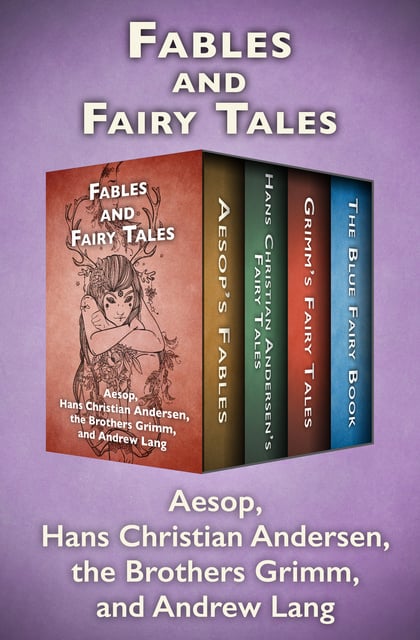 The most enchanting stories of childhood are included in this sweeping collection. These are the classic tales—of princes and princesses, monsters and magic, enchanted forests and fantastic creatures—that have thrilled readers around the world for generations.

Aesop’s Fables: In ancient Greece, a storyteller named Aesop captivated his listeners with tales both beautiful and instructive. From “The Boy Who Cried Wolf” to “The Tortoise and the Hare,” his fables retain the power to guide and entertain.

The Brothers Grimm: From “Rapunzel” to “Hansel and Gretel” to “Little Red Riding Hood,” the German folktales the Brothers Grimm brought to the world’s attention have become part of the very fabric of our culture.

The Blue Fairy Book: Originally published in 1889, this first volume of Andrew Lang’s renowned Fairy Books includes such favorites as “Beauty and the Beast,” “Puss in Boots,” “Aladdin,” and “Jack the Giant-Killer.”

To read these stories is to be transported to a realm of imagination. Here, the most important life lessons are imparted through the irresistible magic of storytelling.