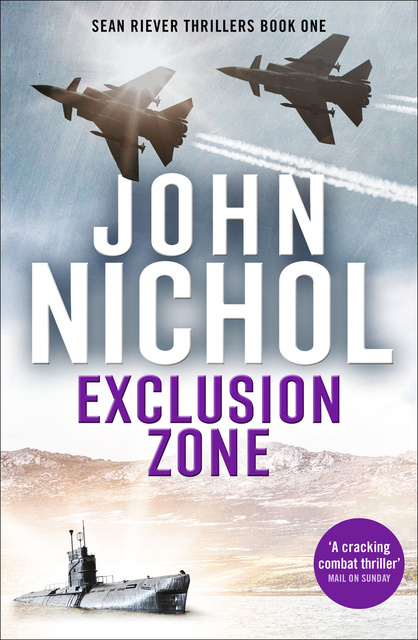 Fight for your country, and fight to the last...
The Falklands, 1999 – a vital strategic stronghold and oil-rich gem in the South Atlantic. For RAF pilot Sean Riever it is a place of ghosts. For Jane Clark, his co-pilot, a place of tough decisions.

An air of menace hangs over the desolate, battle-scarred landscape; present dangers and past mysteries lurk in the shadows on the skyline.

Then a Royal Navy nuclear submarine disappears, and Argentine jet fighters penetrate the Exclusion Zone. As Sean and his companions stave off wave after wave of enemy attacks, their defense becomes an epic battle for survival – in which victory can only be achieved at a terrible price…

A pulse-pounding, high-octane action thriller, Exclusion Zone is a tour de force, perfect for fans of Frederick Forsyth, Mark Greaney and Kyle Mills.
Praise for Exclusion Zone
‘Fresh and compelling … as good as anything written by Jeffrey Archer or Dick Francis’ Daily Mail