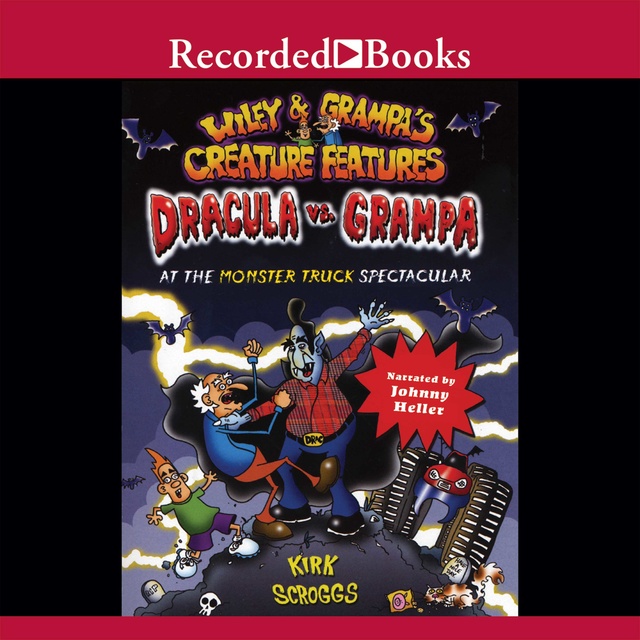 Dracula vs. Granpa at the Monster Truck Spectacular

Dracula vs. Granpa at the Monster Truck Spectacular

Sitting around poppin' pork cracklins and watching the tube, Grampa and Wiley witness to the awesomest TV commercial they've ever seen: Colonel Dracula's Monster Truck Spectacular is in town! Then the local weatherman breaks in with a dire warning: an F5 tornado could blow through at any minute!

So what does a responsible guardian like Grampa do? When Gramma isn't looking, he and Wiley sneak out of the house bound for the monster truck extravaganza of course! At the coliseum, Wiley and Grampa are surprised to be selected for the audience participation round. Their task is to outmaneuver Colonel Drac's vampire monster truck-the Mudsucker-and jump a fiery pit full of giant mechanical lobsters while driving a tiny British clown car.

Do you think they'll make it? Maniacal laughter will pierce the night as children gleefully listen to this creepy-crawly tale of monster trucks, tornados, and bloodsucking vehicular mayhem. "More fun than a barrel of whoopee cushions!"-Dav Pilkey, creator of Captain Underpants 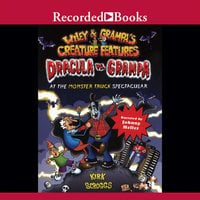