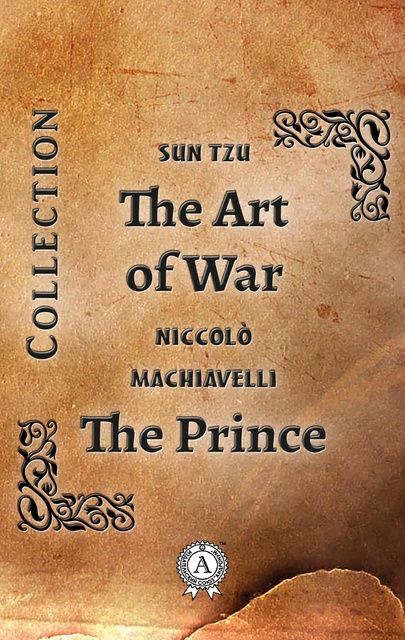 Collection. The Art of War. The Prince

Collection. The Art of War. The Prince

The Art of War, literally The Laws of War (military methods) by Master Sun is the most famous ancient Chinese treatise, dedicated to a military strategy and policy, written by Sun Tzu.

The treatise by Sun Tzu influenced crucially on a whole military art of the East. Although it is the first treatise on the military art, it includes clearly expressed common principles of strategy as well as tactics. A special place in a military theoretical literature belongs to comments on Sun Tzu, the earliest of which appeared in the Han era (206-220 AD), and the new ones are still being created…

The Prince is a 16th-century political treatise by the Italian diplomat and political theorist Niccolo Machiavelli. From correspondence a version appears to have been distributed in 1513, using a Latin title, De Principatibus (Of Principalities). However, the printed version was not published until 1532, five years after Machiavelli's death. This was done with the permission of the Medici pope Clement VII, but "long before then, in fact since the first appearance of The Prince in manuscript, controversy had swirled about his writings".

The Prince is sometimes claimed to be one of the first works of modern philosophy, especially modern political philosophy, in which the effective truth is taken to be more important than any abstract ideal. It was also in direct conflict with the dominant Catholic and scholastic doctrines of the time concerning politics and ethics.