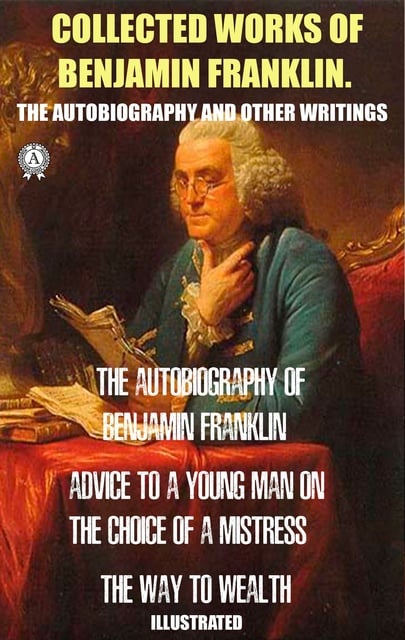 Collected works of Benjamin Franklin. The Autobiography and Other Writings

Collected works of Benjamin Franklin. The Autobiography and Other Writings

Benjamin Franklin is the only one of America's founding fathers to have signed all three of their foundational documents: The Declaration of Independence, the U.S. Constitution, and the 1783 Treaty of Paris. These documents underpinned the establishment of the United States of America as a sovereign country. In addition to being a prominent politician, Benjamin Franklin was a prolific writer, fervent naturalist, and determined inventor. This collection of writing reflects Franklin's varied activities and manifold talents.

Contents:
THE AUTOBIOGRAPHY OF BENJAMIN FRANKLIN
ADVICE TO A YOUNG MAN ON THE CHOICE OF A MISTRESS
THE SPEECH OF POLLY BAKER
ELECTRICAL KITE
THE WAY TO WEALTH
AN EDICT BY THE KING OF PRUSSIA
MORALS OF CHESS
INFORMATION TO THOSE WHO WOULD REMOVE TO AMERICA
AN ADDRESS TO THE PUBLIC