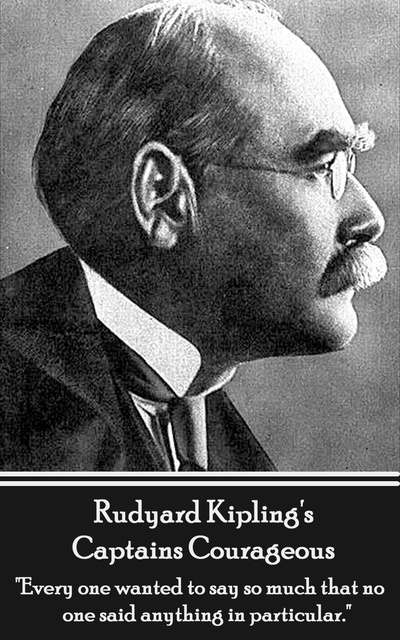 Captains Courageous: "Every one wanted to say so much that no one said anything in particular."

Captains Courageous: "Every one wanted to say so much that no one said anything in particular."

Captains Courageous is the story of Harvey Cheyne, the spoiled son of a very wealthy family. His adventures start when he falls overboard a transatlantic steamship to be rescued by a fishing schooner. Being unable to convince the captain to take him home immediately, the boy finds that he has no other choice than to work for a living before the boat returns to port. Helped by the captain’s brave son, Dan Troop, Harvey starts to rely on himself and to learn many things from his harsh new existence. The narrative relates the many undertakings and unexpected ordeals that he has to go through. When the fishermen finally decide to land, Harvey’s parents rush to the port to realize, to their surprise, that their son has totally changed into a completely different person. Indeed, after his unplanned journey with the fishing crew, Harvey has become a mature and hard-working man with brilliant aspirations for the future. The final scenes of the novel depict a trustworthy and responsible Harvey taking charge of his father’s business.