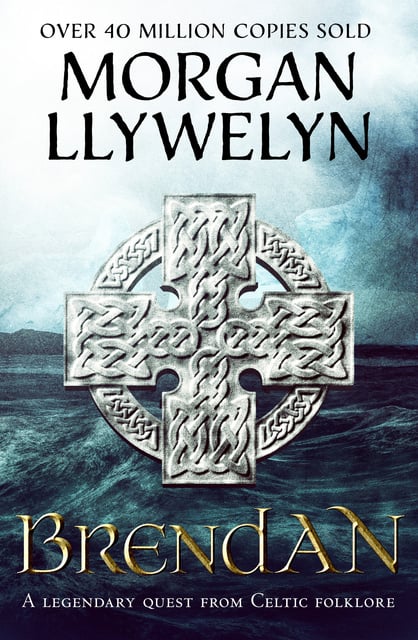 Among the saints of Ireland, he is second only to Patrick…
Brendan is all set to become an ordained priest under the guidance of his mentor, Bishop Erc, a former druid and one of Saint Patrick’s original disciples. But he harbours an insatiable wanderlust that foils Erc’s plans.

Determined to shape his own destiny, Brendan embarks on a great pilgrimage around Ireland, amassing a loyal band of followers from fellow monks to a pet raven named Preachan. Though he establishes two monasteries and rises to the rank of abbot, one dream refuses to leave him.

And so, gathering a band of brothers to his side, he leads a dangerous voyage into the unknown vastness of the ocean to seek out the mythical Isle of the Blessed.

Part-diary, part-retelling, this is an extraordinary account of a spellbinding adventure set in the thin lines where one world meets another, perfect for fans of Ken Follett and Madeline Miller.
Praise for Brendan
‘A fantastical maritime expedition worthy of Ulysses; her prose is by turns reflective, lyrical and stalwart, delving into the popular legend with a genuine sense of Brendan’s human strengths and frailties’ Publishers Weekly

‘She writes about ancient Ireland as if she just had breakfast there’ Parke Godwin, World Fantasy Award-winning SFF author

‘The best there is in the field of historical fiction’ Jennifer Wilde, bestselling gothic romance author