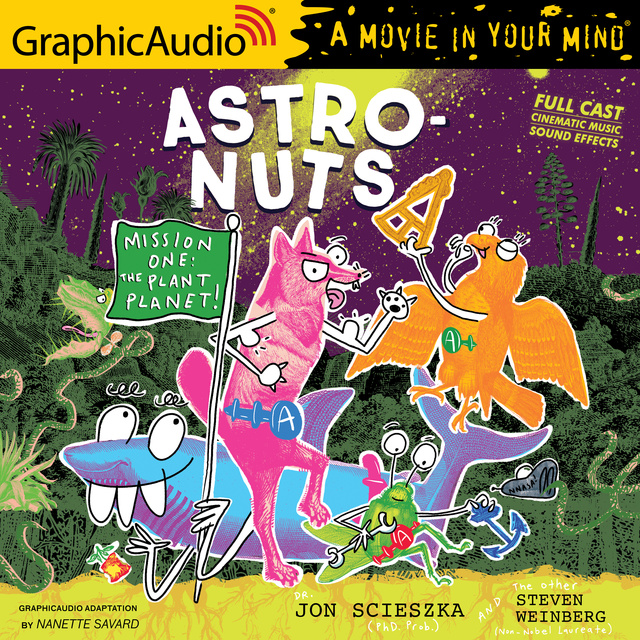 A laugh-out-loud tale packed with science, adventure, and a whole lot of fun for all ages! Humans have gone too far, wrecking planet Earth. We might need to find a new planet. But who could possibly help us do that? The AstroNuts! Lucky for us, back in the 1980s, NNASA (NotNASA) created four secret super-powered Animal Astronauts—AlphaWolf, SmartHawk, LaserShark, and StinkBug. They were built to be automatically launched into space to check out possible Goldilocks planets if things on Earth ever got too bad. Unlucky for us, things just got too bad. The AstroNuts first destination, the Plant Planet, looks just right. It has oxygen, shelter, water, and no obvious intelligent life. But what if plant life has a mind of its own? And what if that mind has one very scary plan for our AstroNuts? A non-stop joyful listen for reluctant readers and fans ready to blast past Wimpy Kid. Performed by Nanette Savard, Danny Gavigan, Dawn Ursula, Tia Shearer, Chris Stinson, Terence Aselford, Richard Rohan, Colleen Delany, John Kielty and Jenna Sharpe. 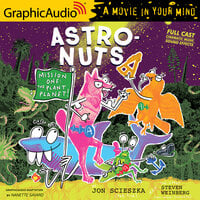