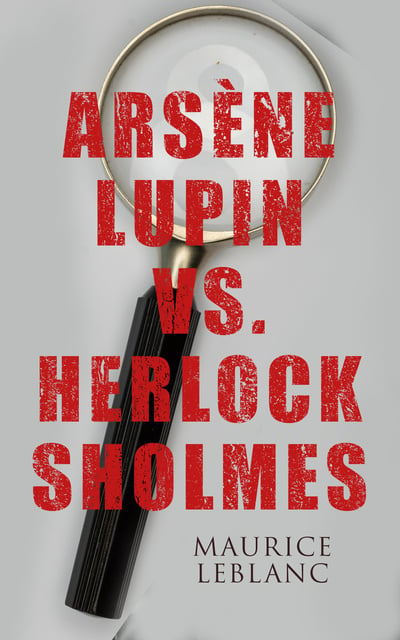 The first story, "The Blonde Lady", opens with the purchase of an antique desk by a mathematics professor. The desk is subsequently stolen, as it turns out, by Arsène Lupin. Later, both Lupin and the professor realize that a lottery ticket, left inadvertently in the desk, is the winning ticket, and Lupin proceeds to ensure he obtains half of the winnings while executing a near-impossible escape with a blonde lady. After the theft of the Blue Diamond, again by a blonde lady, Ganimard made the connection to Lupin and an appeal was made to Herlock Sholmes to match wits with Lupin. Inadvertently, Lupin and his biographer met with the newly arrived Sholmes and his assistant, Wilson, in a Parisian restaurant, and they shared a cautious détente before Lupin sets off to lay his traps.

"The Jewish Lamp" opens with another appeal to Herlock Sholmes for help in recovering a Jewish lamp. After reading the appeal, Sholmes is shocked to read a second letter, this time by Lupin and arriving on the same day's post, which warns him not to intervene. Sholmes is outraged by Lupin's audacity and resolves to go to Paris….