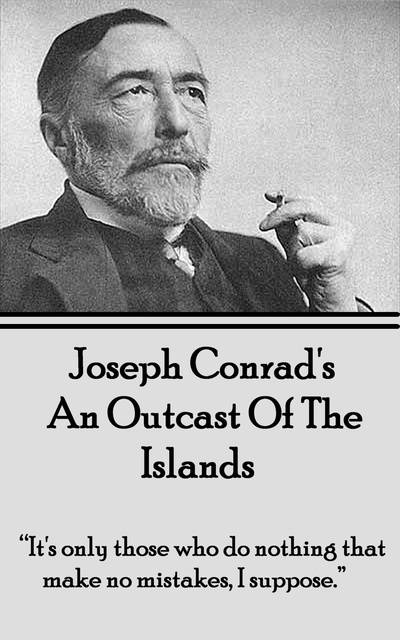 An Outcast Of The Islands: "It's only those who do nothing that make no mistakes, I suppose."

An Outcast Of The Islands: "It's only those who do nothing that make no mistakes, I suppose."

Joseph Conrad is an English novelist and writer of Polish origins. He spent his youth as a master mariner and sailed around the world before deciding to concentrate on writing fiction, ending up as one of England’s most respected novelists. His novels, which often deal with the themes of travelling, exploration and Man’s relation with nature, are much influenced by his long experience in the sea. An Outcast Of The Islands is Conrad’s second novel, after Lord Jim, in which he explores human nature and the duality of dishonesty and sacrifice. It centers around the character of Peter Willems who is marooned by his companions on a Malayan island. Generally, the protagonist is presented as a wealthy and respected tradesman who chooses to engage in dishonest and immoral practices. Through betraying his benefactors, Willems eventually tarnishes his own reputation. His corruption becomes a sort of addiction that completely turns his whole life upside down. He loses almost everything, including his business and family. However, life still seems to offer him more chances to save himself. The novel is mainly characterized by its superb descriptions of natural vistas as well as its masterful language structures and diction.