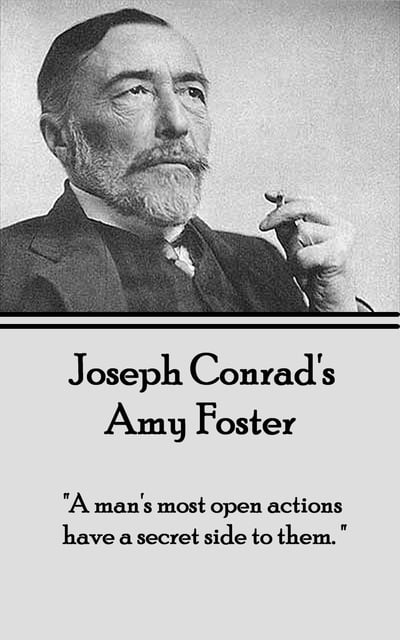 Amy Foster: "A man's most open actions have a secret side to them."

Amy Foster: "A man's most open actions have a secret side to them."

The protagonist in Joseph Conrad’s Amy Foster (1901) is Yanko Goorall, an immigrant from Polish origins like Conrad himself. Some of the novel’s events are supposed to be based on actual details of Conrad’s experience and married life in England. The story starts when Yanko is shipwrecked on his way to the New World and finds himself on shores of the English county of Kent. Being a complete foreigner who does not even speak the language of the country, Yanko has to go through numerous hardships and is repeatedly mistreated by the locals who think he is a madman. He gradually learns the English language and manages to familiarize with the culture and customs of the locals. His life is completely changed when he falls in love with an English young woman named Amy Foster who is rather plain and dull-looking. They soon marry and have a child. However, one day, Yanko falls seriously ill and starts to hallucinate in his mother tongue. Apparently frightened by the strange sounds, Amy takes her child and flies away. Her husband dies the following day.